Justice Canada has identified the need for trauma informed training for justice officials and other stakeholders following the release of statistics around the experience of victims/survivors of sexualized violence accessing the justice system. They have subsequently granted the Tri-County Women’s Centre funding for our project, “Trauma-Informed Justice for Victims and Survivors of Sexualized Violence”. This project will run from April 2017 – March 2018.

According to Statistics Canada, sexual assault is listed among the violent crimes in Canada that is on the rise. In 2013, there were 647 police-reported sexual assaults in Nova Scotia, with relatively few cases resulting in sentencing of the perpetrators. Furthermore, from 2010-2014 the national rate of cases deemed as “unfounded” was 19% and in Nova Scotia, it was even higher at 25%. Not encapsulated in these statistics are the many victims/survivors who feel silenced or confused and consequently do not come forward to file an initial police report.

One of the apparent issues is the degree to which victims/survivors are believed by law enforcement, justice officials and other service providers. Although the current best practice in responding to cases of sexualized violence is the Avalon Model for a non-judgemental stance, the value to which a stakeholder believes the victim/survivor is influenced by many factors. At the core of those factors are the gaps in professional education that are inadvertently filled by societal or media stereotypes which contribute to misconceptions about how someone should act after experiencing sexualized violence and the false belief of high rates of false reports.
​
We know, from our experience supporting women and girls who are victims/survivors of sexualized violence and accessing the justice system, that trauma-informed approaches could be better utilized by all. Those who work in the area of law and justice respond in a way that is consistent with the trainings they have received which, naturally, cannot capture all knowledge and approaches for responding to various types of cases. Therefore, it is important that we work collaboratively by participating in shared learning experiences to ensure we are responding to sexualized violence using current best practices.
​ 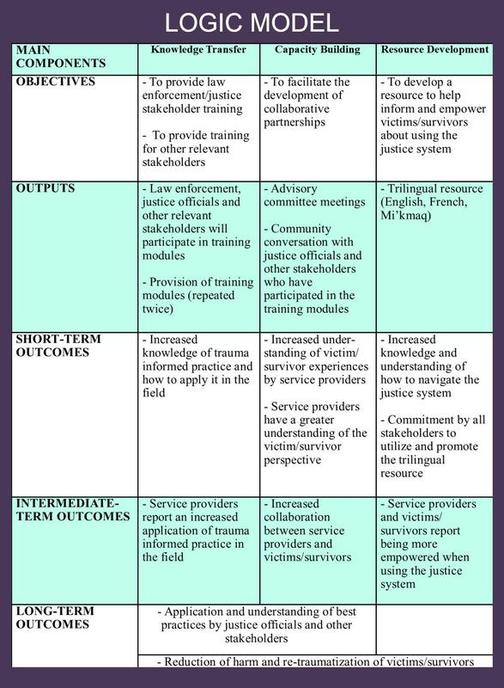 The Trauma-Informed Justice for Victims and Survivors of Sexualized Violence project will work with law enforcement, other justice professionals and non-governmental service providers across Shelburne, Yarmouth and Digby Counties to share knowledge, build capacity and create resources, within a rural perspective, to improve the experience and participation of victims/survivors of sexualized violence in the justice system. Our approach will be informed by the Avalon Model (www.avaloncentre.ca) of empowering individuals and communities to respond to sexualized violence. Participants of the project training sessions will benefit from their increased competency and more victim-centred approach. Victims/survivors will benefit the most as they will be able to access a justice system with fewer barriers and stigma and more understanding and support.
​
Our primary objective will seek to demystify assumptions and legal challenges by providing essential trauma-informed training for law enforcement, justice officials and other relevant stakeholders, based on the validated Avalon Model. Our second objective aims at facilitating the development of collaborative relationships between victims/survivors, justice officials and other stakeholders. The third objective is the development of a trilingual (English, French, Mi’kmaq) resource tool that will be used to empower sexual assault victims/survivors to access resources for safe and supportive services as well as to assist in navigating the justice system more easily. These three objectives utilize a strong community engagement approach, to support social change based on best practice.
Register now!